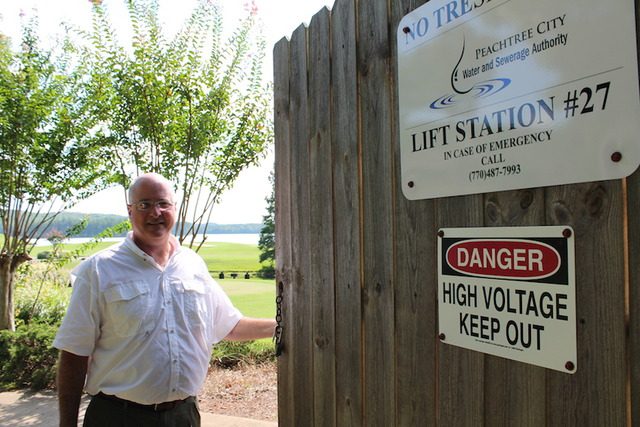 The PCWASA and General Manager Stephen Hogan (pictured) are celebrating the 30th Anniversary of the Authority this year (2017), having been created by Act of the Georgia General Assembly in 1987.

This year marks the 30th Anniversary of the founding of the Peachtree City Water and Sewerage Authority (PCWASA), in addition to the 20th year the utility has been operating the communitys sewer infrastructure. PCWASA officials have drafted a resolution to commemorate this historical event.

The Peachtree City Water and Sewerage Authority was created by Act of the Georgia General Assembly on March 31, 1987. Ten years later, on May 29, 1997, the Authority acquired the facilities and infrastructure of the sewer system at that time from Georgia Utilities.

An additional bond issue in 2002 garnered another $15 million-plus for PCWASA to invest in the necessary renewal and expansion of sewer system, while bond issues in 2005 and 2013 allowed the Authority to refinance all of its outstanding debt. As a result, the current outstanding principal balance is approximately $25 million.

Since its founding, the Authority has effectively managed its system to garner a “AA+” bond rating from Standard & Poor’s, a clean audit opinion for 10 consecutive years, and a Collection System Silver Award from the Georgia Association of Water Professionals for attaining a grade of 94.9 on its annual system review by the water industry.