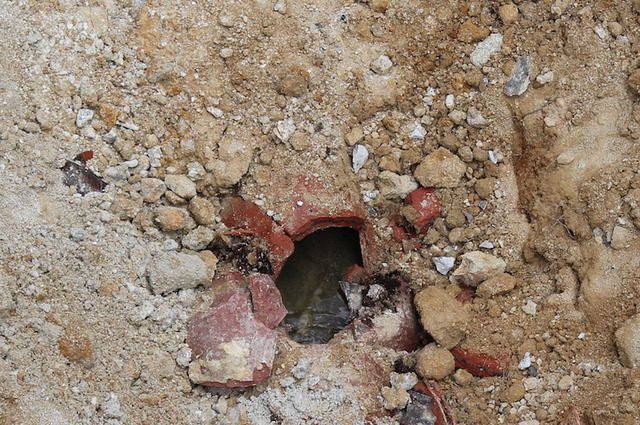 One of the sewer line rehab projects recently awarded to Crawford Grading and Pipeline, Inc. will entail replacing old clay pipe such as that pictured above.

Following the February PCWASA Board Meeting, three out of the four proposed construction projects budgeted for FY 2017 were underway.

In all, the Authority is investing more than $576,000 to repair or replace failing portions of the PCWASA Collection and Conveyance System.

Upon the recommendations of PCWASA staff and their consultants from Integrated Science and Engineering (ISE), the Authority Board awarded contracts to low bidders on three major sewer line or force main rehabilitation projects.

The first project, totaling more than $218,000, was awarded to Crawford Grading and Pipeline, Inc. This work entails replacing the aging 8-inch clay pipe and moving that sewer line that runs under the railroad near Paschall and Huddlestson Roads.

The Authority awarded a second contract for a little more than $358,000 to RDJE, Inc. to repair and replace failing portions of the two force mains servicing PCWASA Pump Stations #2 and #3, while installing gravity sewer lines as well. The work will entail the repair of 12’’, 18”, 24”, and 30-inch pipe.

Collectively, these projects totaling more than $576,000 are approximately $68,000 under budget.